Saturday October 15th was billed as a “global day of action,” in 1000 cities worldwide. As people took to the streets in major cities, many smaller groups converged in Washington Square Park to begin their marches towards banks and Times Square, while others remained in the park to rally. 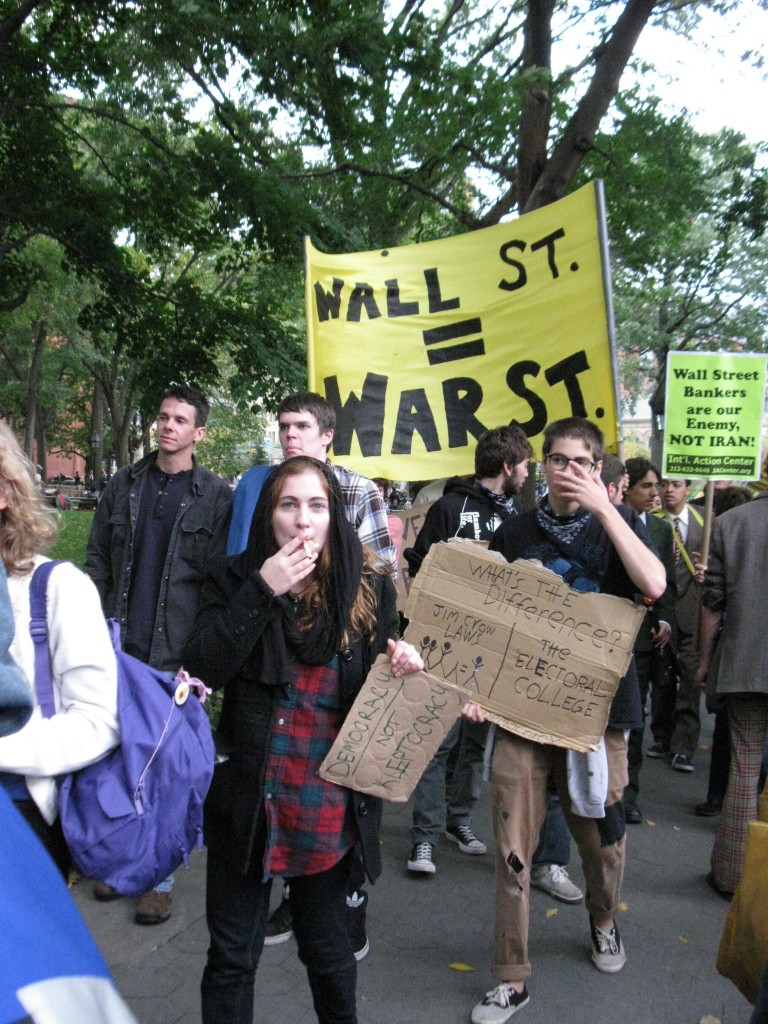 1. A group of protesters march out of Washington Square Park towards banks. A short time later protesters at a bank close to the park would be arrested while attempting to close their bank accounts. 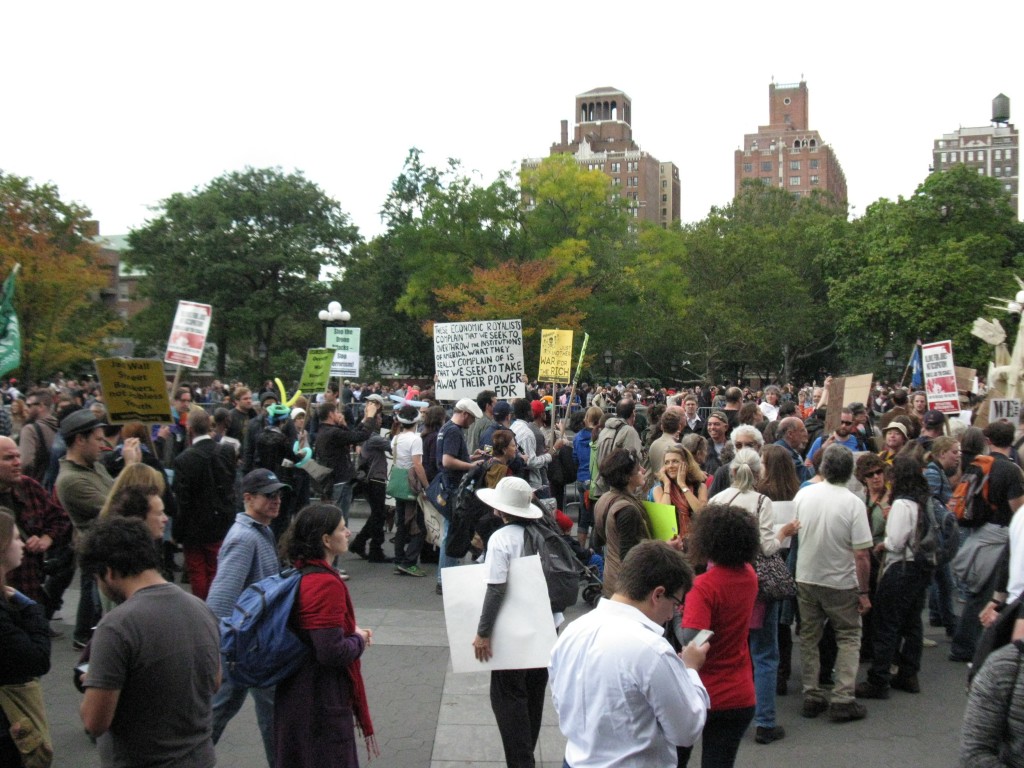 2. The gathered crowd, a mix of protesters, journalists, and interested people, as seen from the east side of the park. 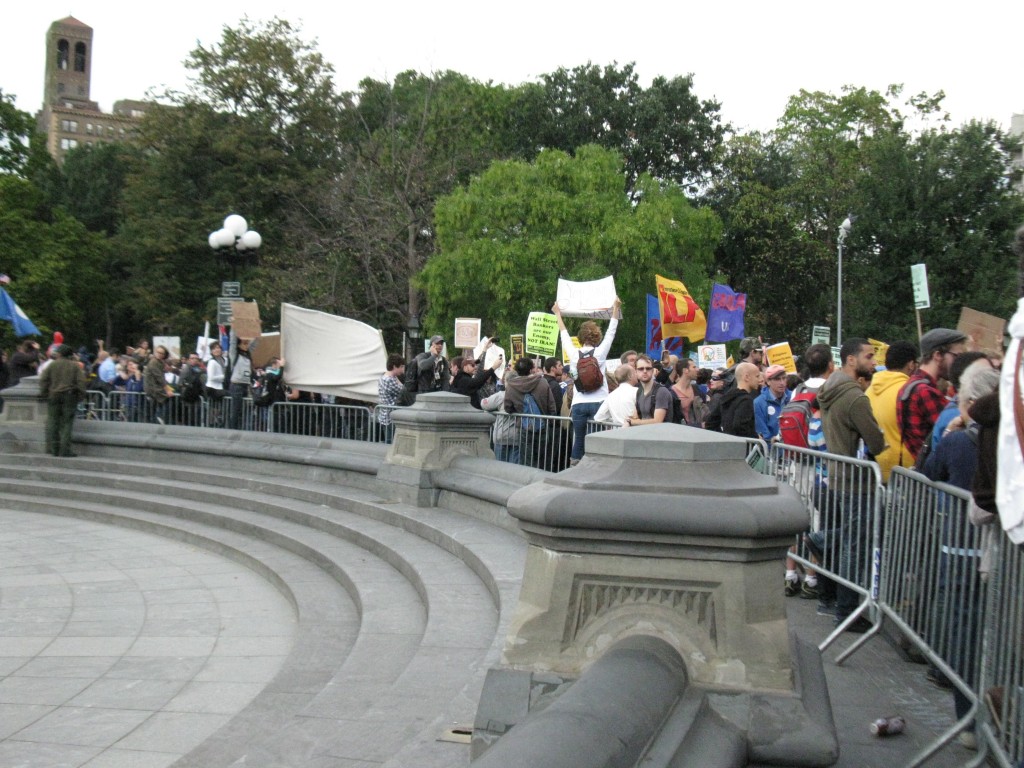 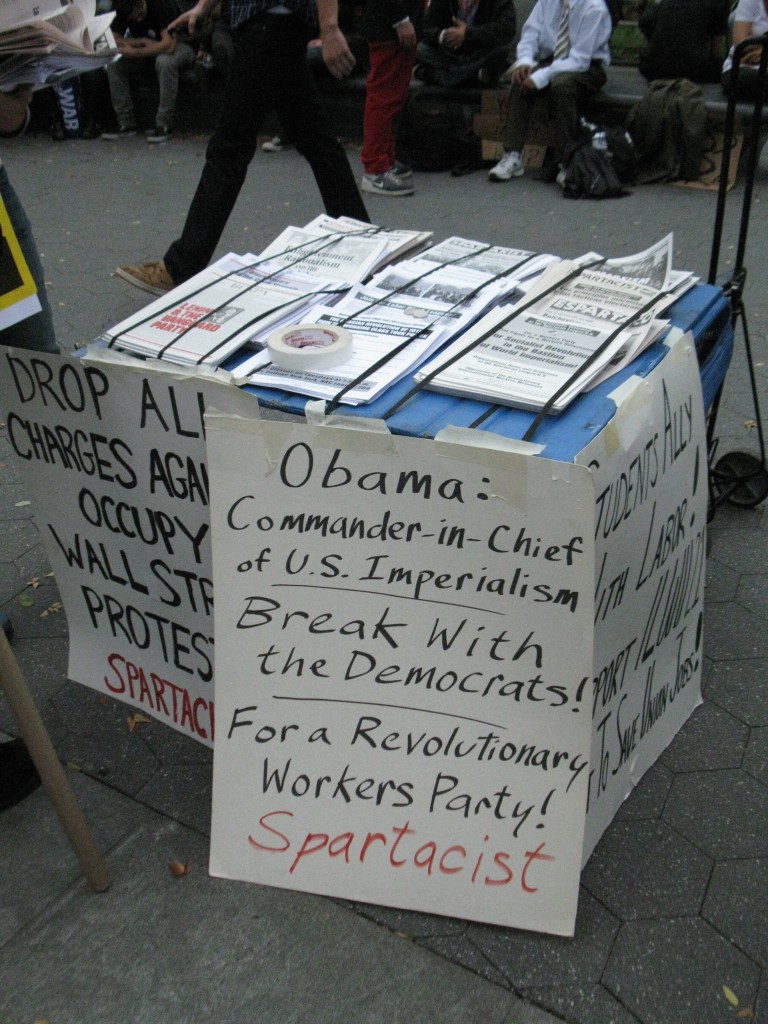 4. The table of a group distributing a socialist newspaper. 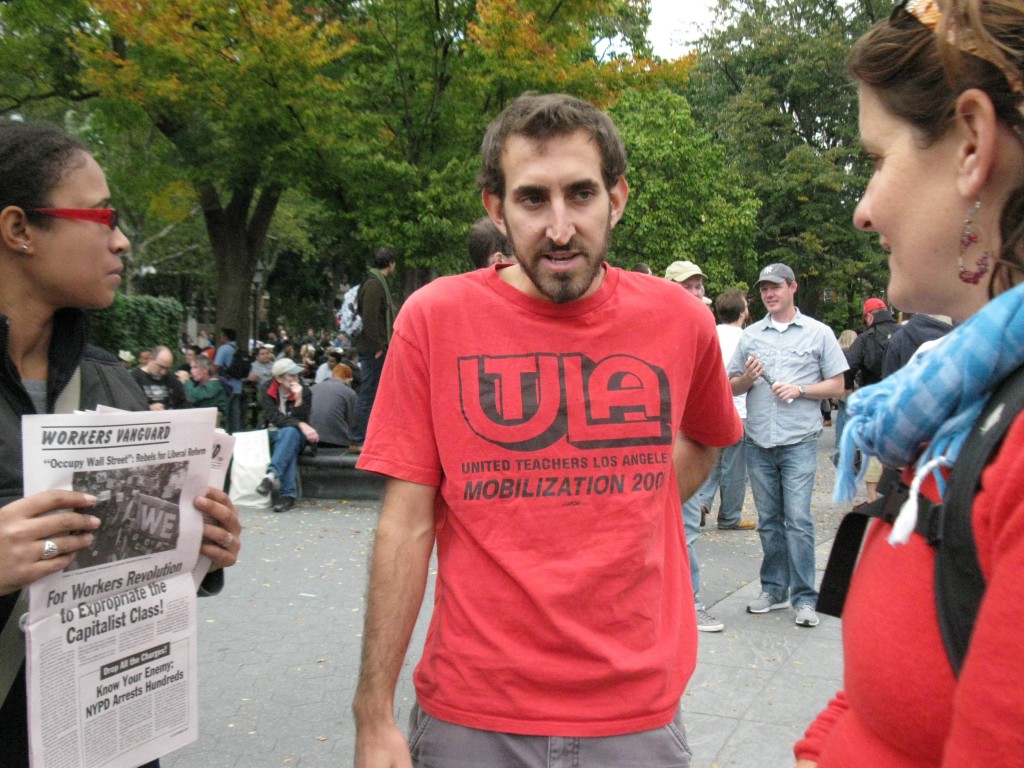 5. Two of the people distributing a socialist newspaper answer questions for a passerby. 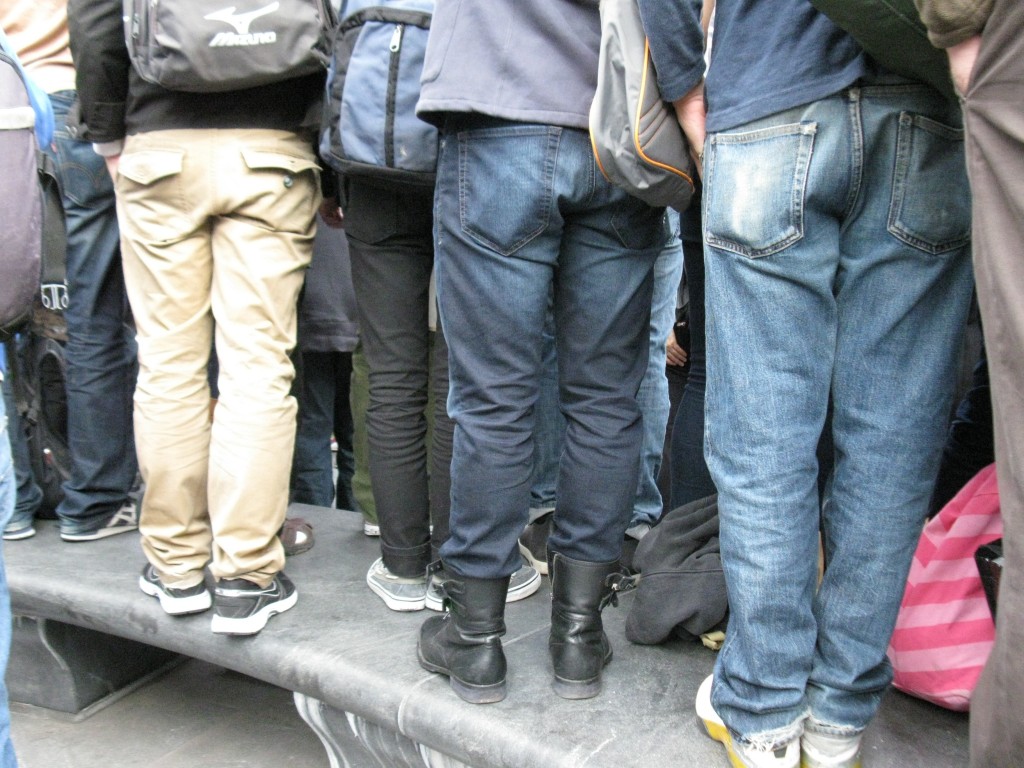 6. Young people stand on stone park benches to get a better view of one of the many speakers. Different groups were in circles all around the park, sharing information via the “people’s microphone.” 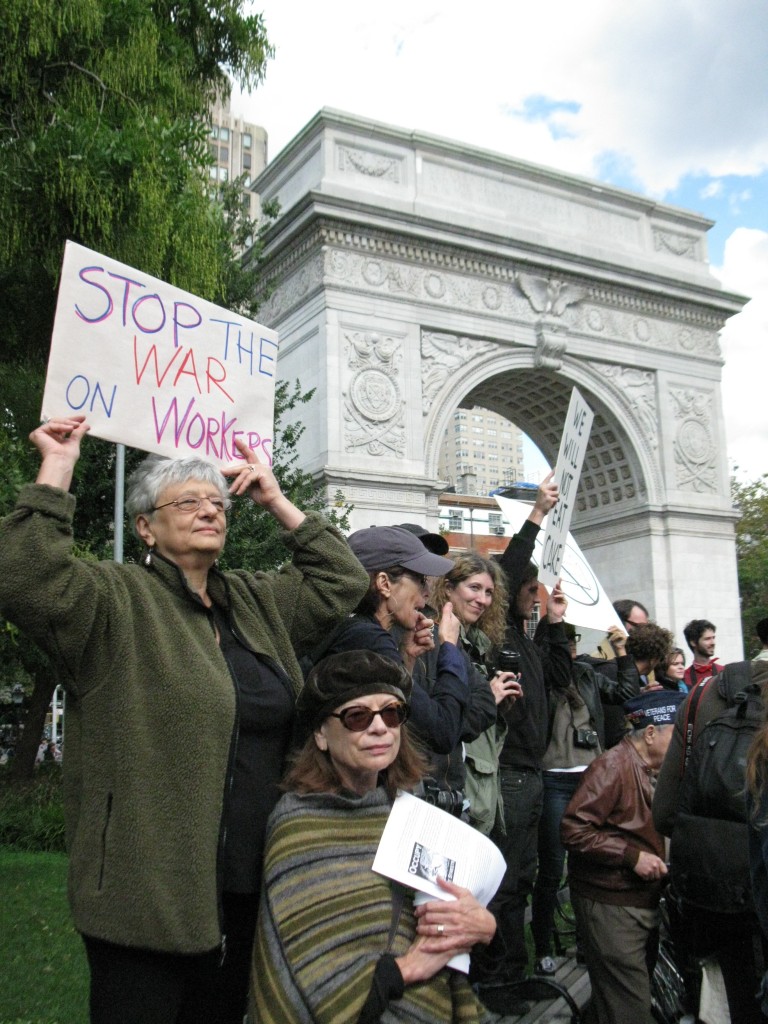 7. Older women (and a veteran) stand back from the crowd while trying to hear a speaker in the park. 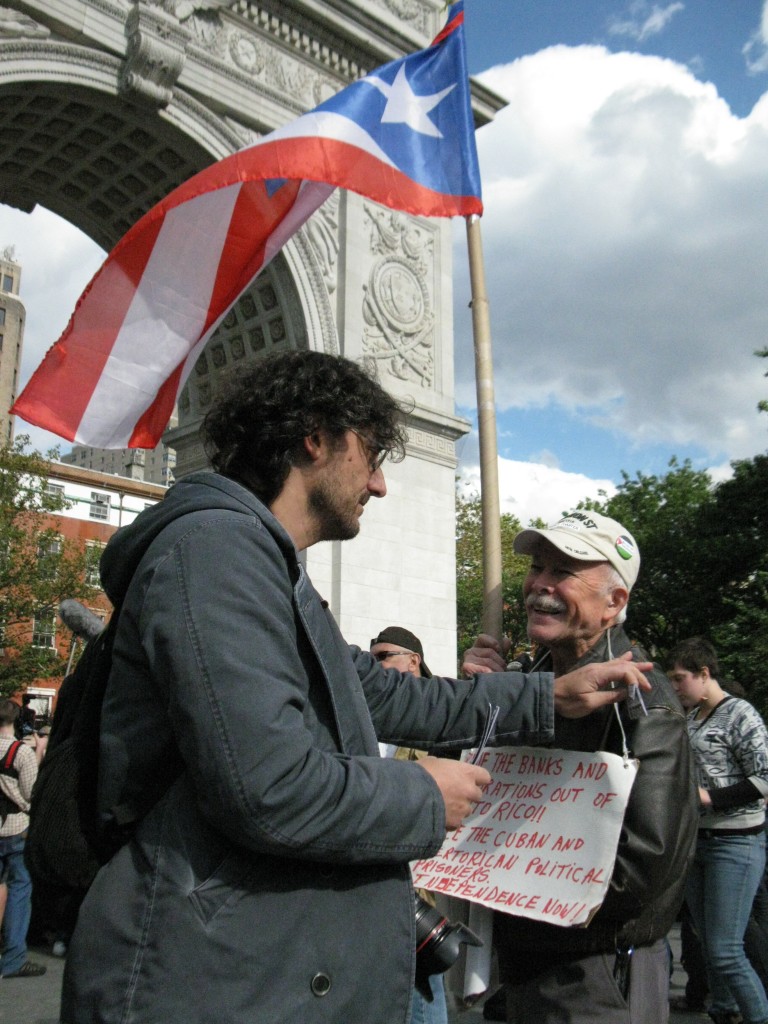 8. An older Puerto Rican protester shares a laugh with a man who just took his picture. 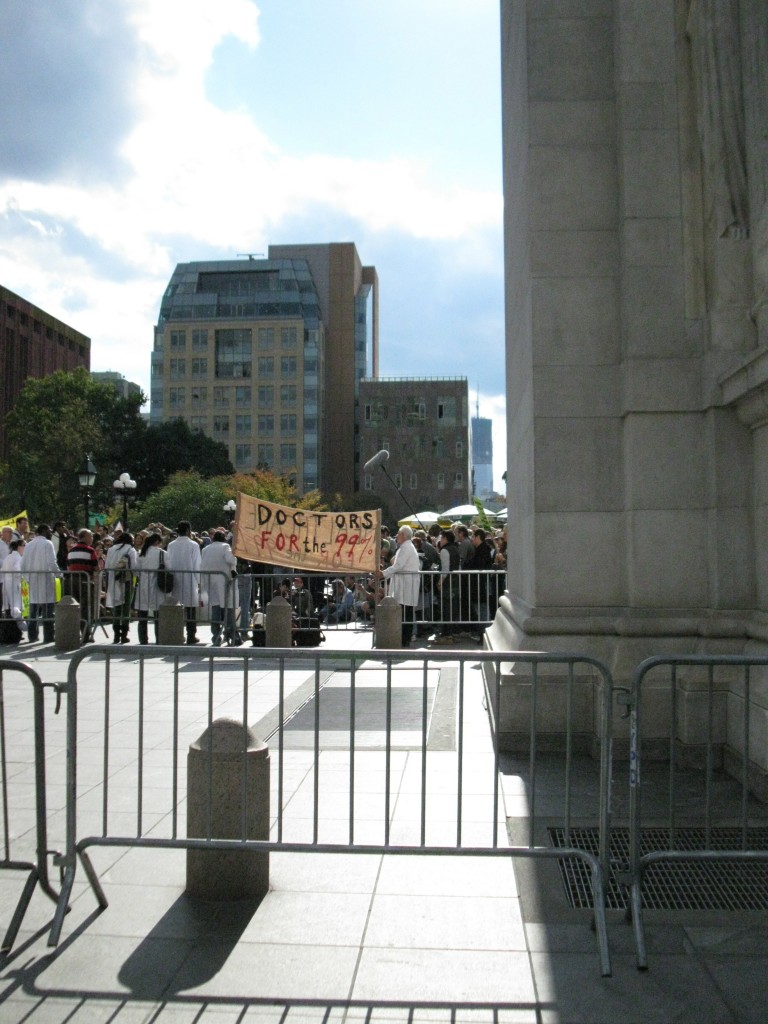 9. A group of people in doctor’s coats stand together with a sign that says “Doctors for the 99%” on the north side of the park. They were one of many separate circles sharing information at the time. As seen through the Washington Square Arch. 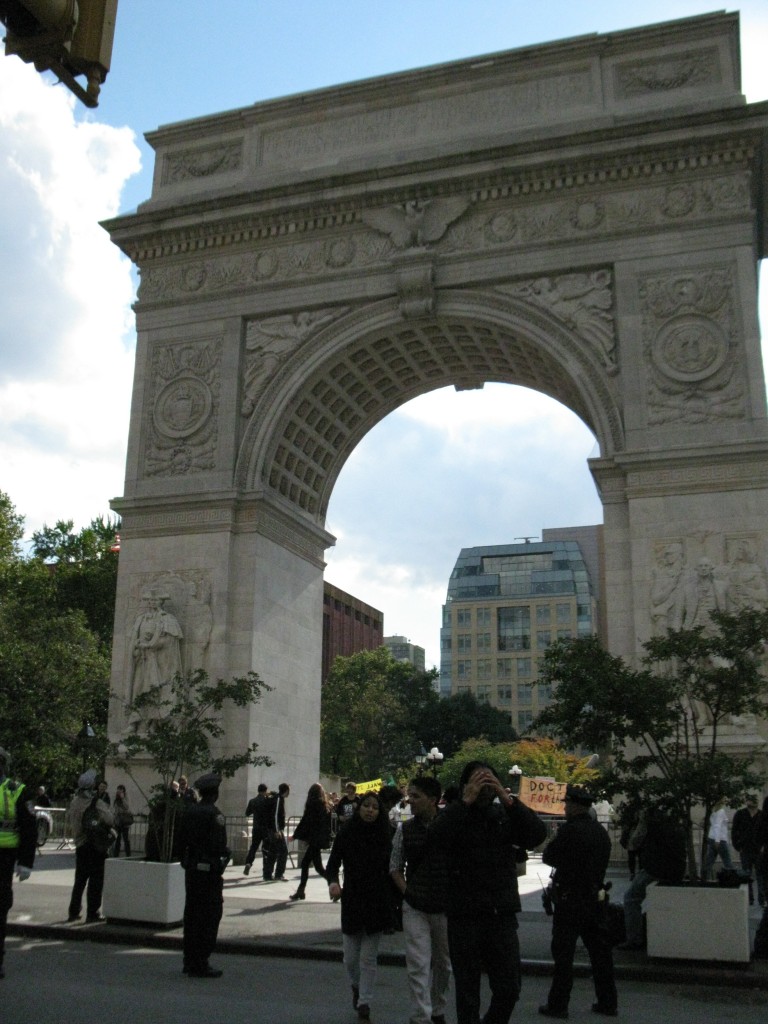 10. The Washington Square Arch as seen from outside the park. Police and tourists kept their distance, but many took pictures of the action from behind the barricade surrounding the arch. The “Doctors for the 99%” sign is visible on the lower left.

[all photos by Daisy Rosario]